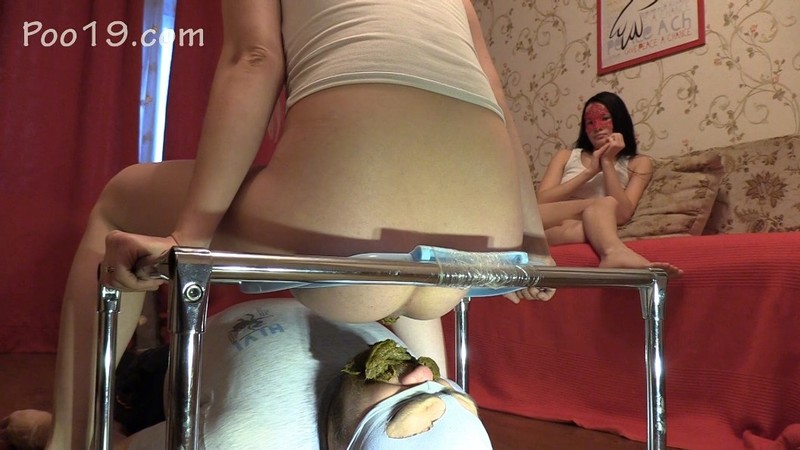 Female farting’s smell is my food’s smell. It was the next day of my trials. Mistresses Victoria and Christina were on a walk, and I came early after work to watch TV and to relax. I thought I would have at least 1 hour for this, but I did not expect the girls to return so early. The slave should always be ready to his duties, but I was not ready, so I was punished. Although not immediately. Mistresses were in a good mood, so at first the girls had fun, farted in my face, and I had to sniff their farts and enjoy their fragrant smell. However, the girls did not forget that I met them inappropriately, was sitting on the couch and was smoking, so I was flogged by a belt on my butt. Throughout all this time, I was thinking about when the Mistresses will finally want to poop, because after a walk they always want to use the toilet. I really wanted to try their shit. And finally, this moment has come, and this time a toilet chair was used. As a result, I ate two huge portions of female shit. Today I had a particularly great desire to do this, so I swallowed so quickly that the Mistresses were even surprised and had praised me. 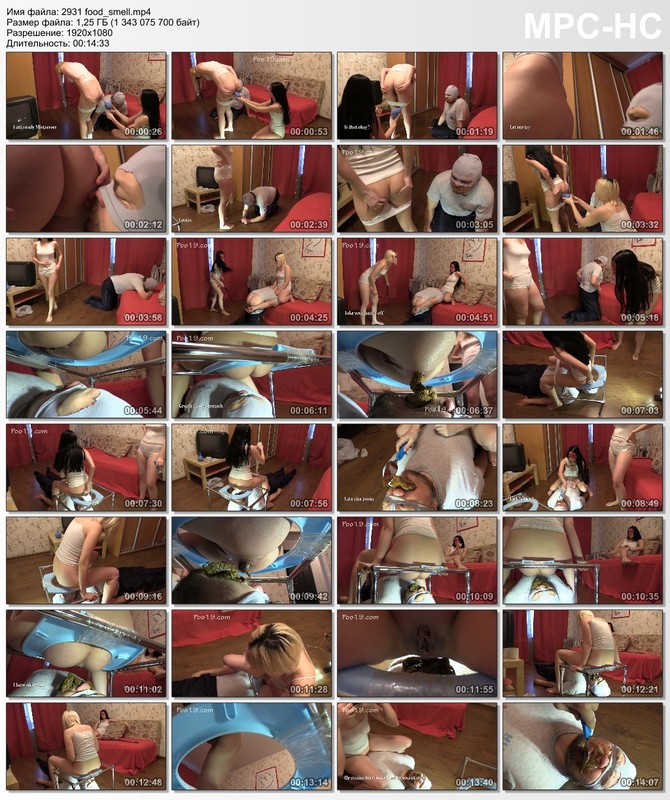